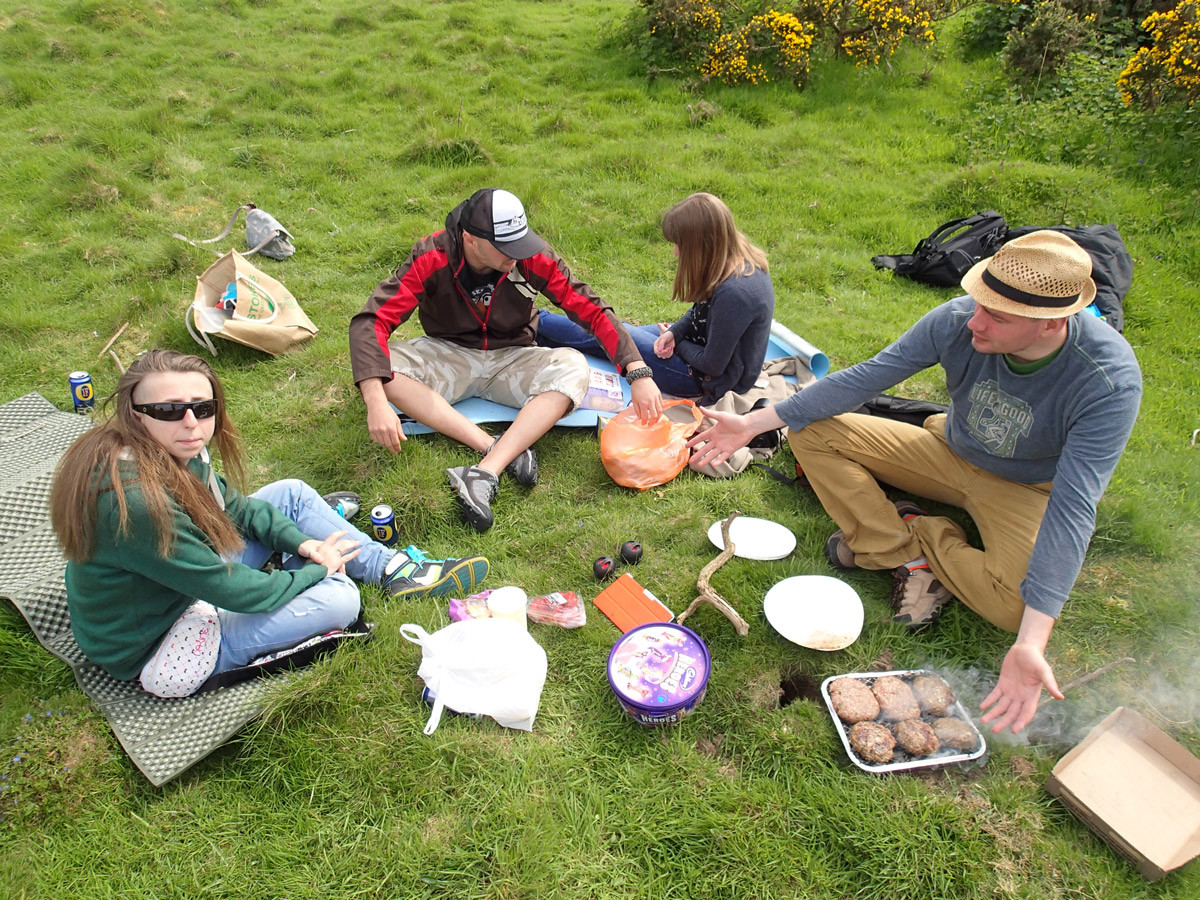 Already well into the great and unpredictable British Summer me and Val were  surfing heatwave after heatwave and spending  most of the weekends going mounting biking, exploring, cooking food out in the wild and so on. At one point a strange thought come to my mind – Is it possible to make a pizza from scratch out in the wild without an oven? I’ve already was well into pizza making at home, playing with sourdough, flours, strange toppings so I needed a new challenge and that idea to make a pizza somewhere outside started circulated at the back of my mind. I’ve started researching how I can make it and soon  found the  fun fact that  you can use a terracotta tile instead of a pizza stone. Hmmm interesting. What if I put it on the top of one of those disposable bbq that we were using so much this summer? Would the heat be enough to cook a pizza? So many questions and only way to answer them – give it a try and see what’s going to happen. While I was wondering how to put the tile on the bbq I spotted a old shopping basket sitting in the corner of the shed and then click – I might use this one. The whole construction with the bbq and the tile was a bit heavy and a little bit to much to carry it a hand while hiking somewhere in the mountain so then another little bell rang in my mind – What if I put it on the back of the bike? That might work.

I’ve ordered the cheapest bicycle rack ever, got some doggy bolts and Voila!!! I’ve fitted it on the back of my old but beloved Iron Treck. It was so doggy fixed, but it looked alright for a test drive, so I’ve made some dough, light up the bbq, and soon after magic happen – I made pizza cooked on a bicycle and it tasted great! So it was possible! So what’s next – take it somewhere in the wild and see what’s going to happen.